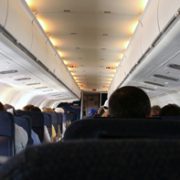 This past week, everyone has been talking about the incident involving United Airline’s horrific treatment of passenger, Dr. David Dao, on a Louisville bound flight out of Chicago. Many people have asked me about the potential legal ramifications of this horrific incident, and I wanted to share my thoughts.

Everyone knows the basic facts. Dr. Dao had boarded his plane from Chicago to Louisville. The flight was overbooked, and United asked passengers to volunteer their seat in exchange for a voucher. Initially, Dr. Dao volunteered his seat, but changed his mind once he was told that the next flight to Louisville was not leaving until the morning. Sadly, things escalated when he refused to deplane, and Chicago Airport Authority Police forcibly removed him from the plane, causing serious injuries. According to his attorneys, Dr. Dao lost multiple teeth, broke his nose and suffered a concussion.

Sadly, whenever we purchase a ticket for a plane, we unknowingly accept the airline’s “contract of carriage”, which gives the airline the right to oversell their flights and change your itinerary at will. These types of agreements are known as “adhesion contracts”. You do not have much choice when it comes to airlines, and literally zero bargaining power when it comes to the terms of the agreement. As a result, multi-billion dollar corporations get to engage in unfair trade practices to squeeze pennies at the consumer’s expense.

From a pure legal perspective, Dr. Dao does not have a legal claim for being asked to leave the plane. All consumer’s damages for being re-booked are limited to a voucher that is capped in value pursuant to Federal aviation laws that the airline industry’s lobbyists paid a lot of money to Congress to pass.

Many people mistakenly believe that Dr. Dao can recover for assault or battery against United. It is important to note that it was the Chicago Airport Authority police department that removed him from the plane, not a United employee. While it can be argued by a clever lawyer that the police were acting as “agents” of United, this will probably not hold up in court.

Dr. Dao does have a claim for various assault and battery, excessive force and 1983 civil rights claims against the Chicago Airport Authority Police. However, most local governments and their police departments enjoy “sovereign immunity” from suit. In most jurisdictions, this means that the amount a person can legally recover against a governmental entity is substantially capped. For example, in Maryland, a police officer can murder someone in cold blood, and the cap for recovery would be $500,000.

As an attorney who has taken airlines to court on several occasions, I can attest that airlines vigorously defend suits, removing cases to Federal court, and attempt to frame the case in a “blame the victim” manner. You saw those tactics this week when United’s CEO unfairly blamed Dr. Dao for what had happened. I also would not be surprised if United was behind the smear campaign against Dr. Dao for irrelevant transgressions in his past. It is good to see that these efforts have largely failed, and the public is smart enough to see through these distractions.

Even though the law and damages caps can generally limit a recovery, the end result will likely be a just settlement for Dr. Dao. United has taken a large PR hit for this incident, and will want to pay to make it go away. Unfortunately, this will likely not deter airlines from the real issue in this case, which is unfair and deceptive trade practices of overbooking their flights and harming the consumer to save some money.