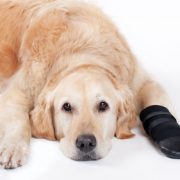 A few years ago, Michael Jarboe flew from Miami to San Francisco with his 140 pound mastiff, Bam Bam.  Unfortunately, upon arrival in San Francisco, Mr. Jarboe was informed that his beloved pet did not survive the trip.  According to Mr. Jarboe, Bam Bam was left on the tarmac in a layover in Houston, without water, in 100+ degree heat for hours, leading to his death.

Bam Bam is not the only animal to suffer this fate.  In 2012 alone, 97 people lost their pets to the negligence of an airline.

Mr. Jarboe was insulted to learn that United Airlines only offered him a couple travel vouchers for killing his best friend, and decided to go public with his story.

So what is fair compensation for someone whose pet is killed by the negligence of another?

Unfortunately, the law is often against the pet owner.  Under the law, pets are considered personal property.  As such, they are treated no differently by an insurance company from a toaster oven or television set.  This means that the dog’s owner is not entitled to non-economic damages, such as pain and suffering, when a pet is killed at the hands of someone else.

This point is underscored by a case I handled in the past.  My client owned a Chihuahua that was attacked by another person’s pit bull.  The resulting veterinary bills for the victim’s surgeries neared $5,000.00.  The pit bull’s owner had homeowner’s insurance, and we made a claim for the cost of the bills.  I was shocked when the claims adjuster told me that the dog was considered “totaled”, as the vet bills cost more than the value of the dog, and offered me the “fair market value” of my client’s dog.  Fortunately, after threats to publicly reveal this offer to the press, the insurance company decided that the negative publicity for their company was not worth the bad press, and paid the claim in full.

So what is the “fair market value” of your pet?  Different jurisdictions have different rules for the valuation of a pet, and a pet’s “value” can vary greatly depending on the State you reside.  For example, while some States consider a pet to diminish in value as it gets older, other States recognize that the pet’s training and experience make it more valuable as it gets older.  Other factors such as the breed, training and health condition will be weighed when determining the pet’s value.

Sadly, this archaic method to compensate the victim of a tragedy to a beloved pet has not evolved along with our society’s view towards our animals.  A pet owner develops an emotional bond with their pet that goes way beyond the relationship one can have with any other piece of “personal property”.  In fact, the emotional bond between an owner and its pet is so well-established, that many physicians will recommend that a patient obtain a pet as part of treatment for mood and anxiety disorders.

The current system fails to account for the true value of our pets in our daily lives.  It disincentivizes companies, such as the one that let-down Bam Bam, from taking precautions to adequately care for our pets, as there is no fear of financial harm for failure to act reasonably. 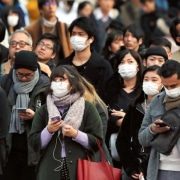 Injured during a Pandemic? How will the Coronavirus affect my injury claim? 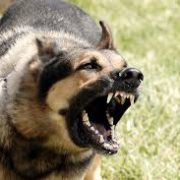 Dog Bite Injury? What are your rights and how will your bills get paid?
What Does Your Motor Vehicle Insurance Policy Cover?

Dog Bite Injury? What are your rights and how will your bills get paid?
Scroll to top